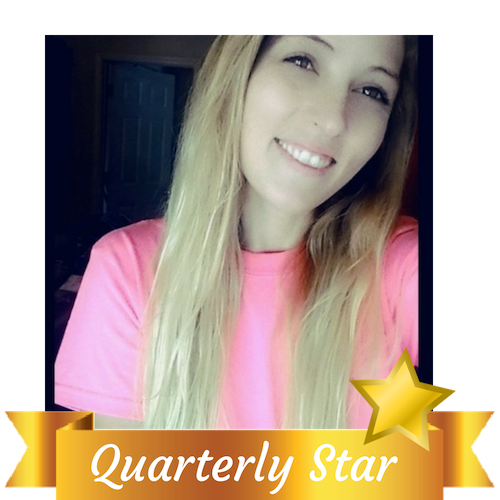 Taryn is a great part of our hard working Cleaning Angels with Maid in America. We love having Taryn as part of the team!

Taryn is from Colorado and has 2 beautiful boys - Brian (8) and Daylan (1). We know they keep her hopping! Kali is also part of the family - Kali is a 4 year old red nose pitbull.  In addition to taking care of the boys and Kali, Taryn loves doing arts and crafts with the kids and painting on her own.

Her motto she lives by is "We must become the change we wish to see in the world." Ghandi

Taryn's favorite cleaning tip is that she always cleans for the most important person in the world - whether that is her own home or a stranger's home.

Congratulations Taryn on our Maid in America Quarterly Star! Keep up the great work!